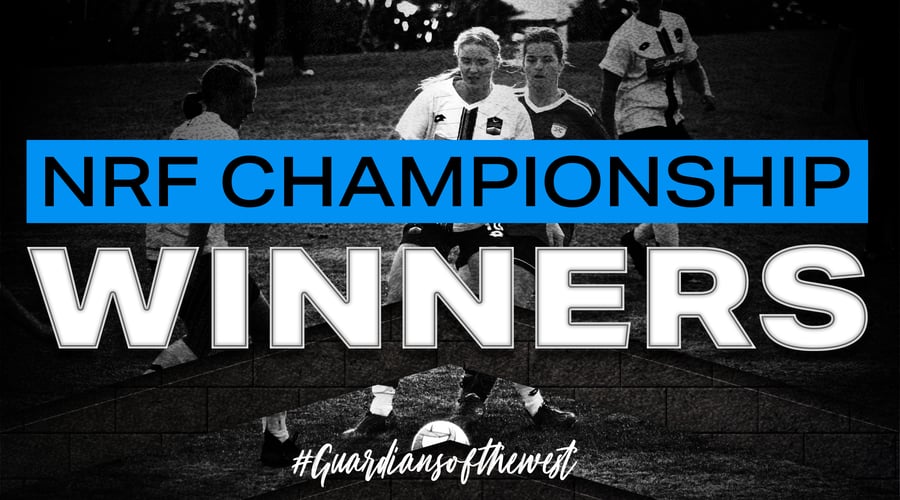 After a hard fought season, the club is hugely proud and delighted to announce that our West Coast Rangers women's first team have been confimed as winners of the NRF Championship.

Teams that manage to go a season undefeated are very rare - even as a Tottenham fan this author remembers and respects Arsenal's invincibles - so it is a huge achievement in a highly competitive division for our women to have remained undefeated.

The team played 13 games, scoring 48 goals while conceding only 11 (thats +37 on the GD folks - not too bad!) on their way to notching up 11 wins and only the 2 draws.  Their total of 35 points saw them beat Papakura City and Onehunga Sports to the title by one point.

Coach Andy Dunn said "firstly thank you to Harriet Steele for providing invaluable knowledge and support as assistant coach. I know we wouldn’t have had the success without your help!  This team have created history in our inaugeral year, and in doing so inspired so many of our younger players excited our supporters.  We want to recognise and thank the many, many supporters who have turned up every week, encouraged our team and enjoyed watching their amazing play. It's been a great honour for the team to play in front of so many people during the season and we look forward to more fantastic support next season."

The future for this side next year is, remarkably, still somewhat uncertain.  New Zealand Football, NRF and it's stakeholders are currently conducting discussions regarding the structure of the Lotto NRFL Women's Premier Division for the 2022 season and we hope to be notified shortly of their findings.

But for now let's celebrate, and recognise the fantastic achievement of our women this season!